Artists, mystics, inventors, entrepreneurs, and innovators are an odd lot of people who can not seem to remain content being a cog in somebody else’s wheel. Often called dreamers by their advocates and skeptics alike, these types admittedly live for these dreams. They represent a better future and have inspired men and women to do mighty things. They require imagination and vision. Their serendipitous paths could offer valuable insight to all of us.

IMAGINE…
Albert Einstein, the famous
American theoretical physicist
once said, “Imagination is more
important than knowledge, for knowledge
is limited, whereas imagination embraces the
entire world…… stimulating progress, or giving
birth to evolution…… “. Keeping these thoughts
in mind, I now ask you, what might occur when
imagination embraces near-perfect information,
(total access to any data) or unlimited intuitive
knowledge (available now.) I believe that
the first groups to embrace this novel
concept with the correct mindset
will make a big mark upon
this world.
How few act upon their grand plans though, for whatever multitude of reasons? it was inventor Thomas Alva Edison 1847-1930, who said” Genius is one percent inspiration and ninety-nine percent perspiration.” So, a commitment to rise to the challenge must follow.
UNTIL ONE
IS COMMITTED
there is hesitancy, the
chance to draw back, always
ineffectiveness. Concerning all acts
of initiative(and creation), therein one
elementary truth, the ignorance of which
kills countless ideas and splendid plans: that
the moment one definitely commits oneself, then
Providence moves, too. All sorts of things occur to
help one that would never otherwise have occurred,
A whole stream of events issues from the decision
raising in one’s favor all manner of unforeseen
incidents and meetings and material assistance
which no man could have dreamt would have
come his way. I have learned a deep respect
for one of Goethe’s couplets: “Whatever
you can do, or dream you can, begin
it. Boldness has genius, power,
and magic in it.

Quote from The Scottish Himalayan
Expedition by W.H. Murray, 1951
Does providence always reward the actions of those who commit and begin to seek out their dreams? That depends on your definition of a reward. Here is what one well known American historical figure had to say about this.
DARE MIGHTY THINGS!
“Far better it is to dare mighty things,
to win glorious triumphs, even though checkered
by failure, than to rank with those poor spirits who
neither enjoy much nor suffer much, because they live in
the gray twilight that knows not victory nor defeat”
Teddy Roosevelt: [26th U.S. President]
So go on and DREAM, try to IMAGINE,
become INSPIRED, decide to COMMIT,
BEGIN your work, and then
DARE mighty things! 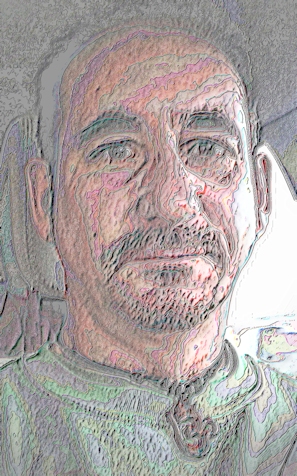